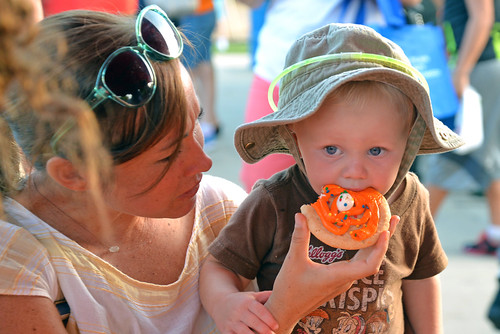 “Our goal is to bring the community together and raise awareness of crime prevention in Wylie,” said Community Relations Officer Nuria Arroyo. “We continue to promote a strong community network of active, involved citizens, working hand in hand with the police to keep the crime rate dropping lower and lower.”

As in years past, citizens are encouraged to return home after the event, turn their porch lights on, and meet their neighbors in a show of unity against criminal activity. To register as a National Night Out participant or schedule a visit from Wylie Police or Wylie Fire Rescue, neighborhoods, HOAs and businesses should contact Officer Arroyo at nuria.arroyo@wylietexas.gov or 972-429-8019.

National Night Out is a program developed by The National Association of Town Watch, a nonprofit crime prevention organization that works in cooperation with thousands of crime watch groups and law enforcement agencies throughout the country. Since 1981, NATW has been dedicated to the development, growth and maintenance of organized crime and drug prevention programs nationwide. NATW’s network has grown to include over 6,000 crime, drug and violence prevention organizations.

Turn On Your Porch Light, Meet Your Neighbors

To register as a National Night Out participant, or to schedule a visit from Wylie Police or Fire Rescue, contact Officer Arroyo at nuria.arroyo@wylietexas.gov or 972-429-8019.